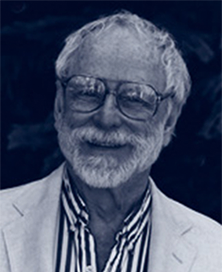 If you have specialized knowledge" says David Hardy, "I believe you have a responsibility to share what you know with others; in other words, to teach." Founder and Director of the Atelier School of Classical Realism, he brings to his many years of teaching an impressive knowledge of Baroque art and traditional approaches to drawing and painting. He studied at the American Academy in Chicago, the New York School of Visual Arts and the Art Students League of New York. His artwork is featured in various text and specialty books including A Guide to Drawing, Fifth Edition, by Daniel M. Mendelowitz and Duane A. Wakeham. Hardy and the Atelier are also discussed in The Undressed Art: Why We Draw by Peter Steinhart, Alfred A. Knopf, New York 2004. He has participated in docent training for the Fine Arts Museums of San Francisco, appeared as guest lecturer at the University of California, Berkeley, and taught for a number of years at the California College of Arts and Crafts in Oakland.